POP005: Seeing Opportunity when Others See Trouble with Josh Grabelle 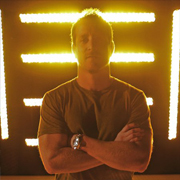 Josh Grabelle got his first punk rock album when he was 13 years old, and he hasn’t looked back since. All of high school and early college was spent going to see hardcore/punk bands, and when he was 18 he was promoting shows in the basement of his parents’ house at the New Jersey shore. This suburban basement became the New Jersey stop for many legendary groups on tour including Earth Crisis, Hatebreed, Ignite, and dozens more.

After getting his law degree, Grabelle decided to put a legal career on the back-burner so he could pursue his ever-growing passion in music. That risk turned into a full-time career and entertainment empire that launched the careers of heavyweight artists such as Bullet For My Valentine, Memphis May Fire, Eighteen Visions, Bleeding Through, Poison The Well, Throwdown, and dozens more.

In 2010, after selling over 2 million albums through his Trustkill brand, Grabelle launched and is now focused on his new venture, Bullet Tooth. The heavy music community can expect only the best new albums, from the most original, creative, and compelling young bands including Affiance, Death Ray Vision, Throw The Fight, The Paramedic, and many more. Find out more at BulletTooth.com.

When he is not running Bullet Tooth and designing albums, Grabelle spends his free time with his girlfriend and new daughter at his New Jersey shore home. You can find him at the beach, in the mountains snowboarding, in the park bicycling, or watching hardcore and metal bands.

Original music featured in the show:

What Would You Prefer – the FACE or the BOOK?

The Power of Thank You

Marketing Success in the Pandemic Era