The Profits of Prophet: Give My Regards to Broadway with Vivek Tiwary 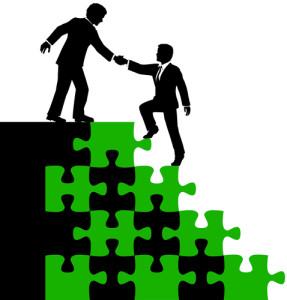 Scott and Brian were thrilled to sit down with New York Times bestselling author and Tony Award-winning Broadway producer, Vivek J. Tiwary. His graphic novel, The Fifth Beatle, has won numerous literary awards including the Will Eisner Comic Industry Award and two Harvey Awards. The Fifth Beatle is a Lambda Literary Finalist for Best LGBT Graphic Novel, and has been added to the Rock and Roll Hall of Fame Library and Archives. On Broadway, Vivek’s productions have won a combined 25 Tony Awards and over 44 Tony nominations. They include such groundbreaking works as Green Day’s American Idiot, A Raisin In The Sun, and Mel Brooks’ The Producers.

Click here to listen to Brian and Scott’s full conversation with Vivek Tiwary.

Get Yourself a Historical Mentor

Vivek explains how he came to be inspired by Brian Epstein, aka the Fifth Beatle. Brian Epstein was the manager of The Beatles. He discovered them when they were an unknown, unkempt band in Liverpool. Epstein saw their potential to revolutionize pop music. He cleaned them up — got them into suits, got them haircuts, and taught them how to be professional. He landed them with a recording contract and convinced The Ed Sullivan Show to put them on air at a time when British bands weren’t making much of an impact in America. Brian Epstein engineered Beatlemania. It’s an incredible business story in and of itself. But there was a human side to Brian Epstein that appealed to Vivek just as much. Brian was a Jewish, gay man living in Liverpool at a time when it was a felony to be gay and antisemitism was rampant. Jews didn’t work much in the music industry in the 1960s. Being an Indian man in New York City in the 1990s, and not wanting to be a doctor or attorney as the Indian stereotype dictates, Vivek felt out of place, as he thought Epstein may have in Liverpool thirty years earlier. He saw Brian Epstein as someone to look up to despite his passing decades prior. He thought of him as a historical mentor. Epstein provided Vivek a blueprint to follow. Today, Vivek’s one piece of advice to business students is to get a mentor, alive or historical.

Work for Yourself and Do What You Love

Vivek grew up in New York City with an art loving family. As a kid, he was taken to the ballet, the opera, and Broadway shows. As a young adult, Vivek went to The Ritz, La Mama, and CBGB. He loved all types of art, but most especially music. His grandfather, a serial entrepreneur who operated businesses in Guyana and the Caribbean, gave Vivek a lasting piece of advice: “Work for yourself and you need to do what you love.” This simple sentence proved to be very inspiring to Vivek.

As he entered the professional world and got a job, Vivek was determined to ultimately become an entrepreneur. When the company he was working for was acquired and budgets were frozen, Vivek took the opportunity to leave and start Tiwary Entertainment Group. Vivek’s first venture was with the Broadway Hall of Fame, which allowed him to network with other producers. Vivek says he kept his mouth shut, and his eyes and ears open. He helped raise some money for Broadway shows. The show, The Producers, was a huge success and it led him to work on another successful show, Hairspray. After these projects, he was a known entity. He continued producing theatre until his focus turned to The Fifth Beatle.

How to Succeed in Broadway Without Really Trying

Brian and Scott were interested in how Vivek presented Broadway shows as business opportunities to investors. Are people investing with the intention of making money or is it a passion project? Vivek explains that he doesn’t have a single investor who doesn’t love a given project, but they’re all expecting to make money. His pitch to investors includes why he thinks his shows are going to make money and how quickly they will turn a profit. One unique aspect of Vivek’s productions is that he always invests his own money—he too has “skin” in his shows.

Vivek says it’s not hard to make money doing theatre if you approach it as a business, do your due diligence, and follow some simple rules:

Getting Money Knowing No One

There was a question from the audience about the best way to get funding when you don’t know anyone and have no “in” with investors. Is cold emailing the answer?

Without knowing the product, Vivek can’t say for sure if cold emailing is the best method. Investment firms may not be interested in the product. If you’re just starting out and truly don’t have any “in” anywhere, friends and family are good people to start with. Your best assets are the people who think you are capable and honest. Vivek also advises that no amount is too small when it comes to investing in your early business. Take what you can get and spend it wisely. Find people who are passionate about your product. Go to conventions, walk around and talk to people, and attend parties.

How Much Is Too Much?

There was a second question from the audience from a company in their second round of investing. It’s time to do marketing. They were offered a 12-month contract from a marketing firm with a monthly fee of $16k. Is it worth it?

Vivek, Brian and Scott all agreed that $16,000 a month for marketing is a very high cost. Brian wants to know what you’re getting for that price. Are you getting an around-the-clock team? Do you have to do anything? Vivek advises to spend a quarter of that and do the rest yourself or get interns. Even a quarter of that price is still a lot. Vivek also advised to get to know online platforms like Google, AdWords and Facebook. There are a lot of automated, inexpensive marketing platforms to utilize. Another idea is to offer equity although Vivek is hesitant to suggest this, but if the marketing team is that good and the price tag is that high, you could ask for a lower price in exchange for a piece of equity.

Click here to listen to Brian and Scott’s full conversation with Vivek Tiwary.

Keep updated on the The Fifth Beatle: fifthbeatle.com

POP007: How to be the change you wish to see in the world with David Sugarman

The Prophets of Profit: How To Harness The Power Of Neuromarketing With Roger Dooley

A Look Back, with Gratitude