Is Now the Time to Start Accepting Bitcoin? 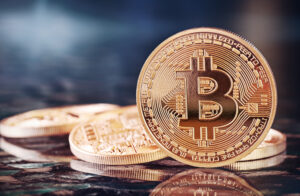 As Bitcoin’s price has been trading above $60,000 recently, more and more people are starting to view it as a viable currency to pay for goods and services. The price has increased almost 500% over the past three years; and active day-traders have been able to leverage this commodity’s volatility. So we ask: does Bitcoin’s volatility give it less or more credence with the general public?

It appears that Bitcoin has, in fact, become a desired investment for finance companies and regular people alike. The Securities and Exchange Commission (SEC) has recently approved a future Bitcoin ETF (Exchange Traded Fund) which will add both credibility and trading volume to Bitcoin. The SEC Chairman, Gary Gensler, will allow Bitcoin to become more mainstream in the financial world; and as a result, there will be greater scrutiny and regulation to protect average citizens from losing significant wealth from these investments. There are future financial products based on other cryptocurrencies also waiting to be approved by the SEC, which will allow individual investors the ability to access these digital assets. Although the potential threat of over-regulation is always possible, the growing acceptance by the government does open the possibility of greater usage in every-day transactions.

Given this, should your company start accepting Bitcoin??

As entrepreneurs, we naturally migrate to the disruptive technologies or services that shake up the status quo faster than most people do. Yet still, many agree that the banking system, while imperative to our American economy, has not fully leveraged all the technological advances that have impacted other similarly sized industries.

Initially, Bitcoin had a reputation of being the “criminal currency” as it became the preferred payment type for Ransomware and other cyber crimes; however, in recent months there are more and more companies that are leveraging the efficiency of the Bitcoin currency. One growing example is the gaming industry.

According to the AAA website, the crypto-gaming industry had market revenue of 321 million in 2020 with approximately 42 million gamers owning some form of cryptocurrency. In addition, 55% of millennial gamers own crypto as compared to 5% of all millennials. So if you are operating directly in the gaming industry or your market includes those who are gamers ( those who may work at financial technology firms, computer software companies, etc.), accepting and transacting in Bitcoin could potentially be a marketing differentiator.

Companies like Venmo, PayPal, and Tesla are accepting cryptocurrencies as well. A recent study by The Cryptocurrency Payments Opportunity also reported that 40% of companies in the Americas, Africa, and the Middle East plan to use digital assets to make purchases in the next year.  There are several well-known athletes and entertainers who are accepting Bitcoin as at least partial payment for their services, including Saquan Barkley, Trevor Lawrence, Joe Rogan, and Richard Branson.  As Bitcoin becomes more prevalent among high-profile personalities, the popularity of it will grow amongst the mainstream.

The most salient reason why companies are starting to view Bitcoin as a viable option is because it is a much more effective way to transfer payments in a global economy. In a world without digital assets, if an American was traveling to Europe, he or she would have had to purchase euros at a bank or similar financial institution at a cost with as much as a 4-5% commission rate. On the flip side, in the digital currency world, these costs are minimized because transfer is instantaneous, as is the ability to validate a individual’s ownership of the funds.

This is where the “rubber hits the road.” Will Americans find the use of Bitcoin the safest and easiest way to access funds across the globe? And as businesses and individuals start to move around the world more frequently post-Covid, the ability to access capital and pay for services easily and cost-effectively will propel Bitcoin’s velocity in our economy.

Take-away: To learn more about Bitcoin and cryptocurrency and how it can positively impact your cash flow of your company, please contact Brian or Scott at info@acceleratingcfo.com.

3 Finance Blogs Every Entrepreneur Should Be Reading Right Now

POP014: How to Stand Out with Dorie Clark

The Prophets of Profit: Most of the People You Need are Already in Your Network with Judy Robinett