The Prophets of Profit: Seeing Opportunity When Others See Trouble with Josh Grabelle 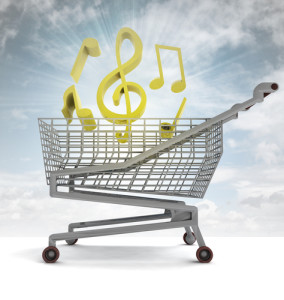 Scott and Brian were glad to speak with punk rock music producer Josh Grabelle. As founder and president of Bullet Tooth, Josh is discovering and introducing original, creative, and compelling young bands. His Trustkill brand had sold over 2 million albums by 2010. While starting out in the music business as a hobby in the 90s, Josh went to college and then to law school at Syracuse University, earning a law degree with a focus on Intellectual Property. Josh is also an accomplished graphic designer and has designed packaging and websites for Melissa Etheridge, Secondhand Serenade, Jessica Simpson, Def Leppard, the Saw VI film, and dozens more.

Click here to listen to Scott and Brian’s entire conversation with Josh Grabelle.

Josh explained how he turned his passion into his career; it wasn’t an easy or short process. It started out as a passion project, bootstrapping his work for years while putting himself through school. He was always a music fan, and he entrenched himself in the scene. He made friends with people in the industry. He started a band of his own; he went to shows all the time. He lived and breathed music.

He began working on his first record as an undergrad, purely as a hobby. Since it was the 90s and a pre-digital world, Josh had to learn how to press a record and how to contact bands without cell phones or social media. The process of designing records and getting band approval would take weeks via snail mail. Josh did this all with no borrowed money. He used $500 left over from his Bar Mitzvah to press his first seven-inch record. It took six months to a year to earn that money back; and when he did, he put it right into his next music project.

It wasn’t until 2000 that Josh realized that this hobby could turn into a real job. He had signed three bands in 1999, and all of them released albums in the following years. They were getting a lot of buzz and going on tour. Kids were really excited about these bands. He started making his money back in a month.

One Man’s Trouble Is Another Man’s Opportunity

In the 90s, there was no online community to measure how a band was being perceived. So, Josh relied on some critical questions: Can this band sell records? Can they sell tickets to their shows? Can they sell merchandise? Are kids excited to hear their music?

He had an epiphany when he was working on a music festival called Hell Fest in the late 90s/early 2000s: Josh brought several of his bands to the festival and was blown away by the positive reception they received. The number of albums they had sold did not match the volume of excitement at the festival. It was then that the power of downloading music through Napster was realized.

Napster was a popular peer-to-peer software program that emerged in the early 90s which allowed users to freely share and download music with each other. The audience had downloaded the bands’ songs for free and now came to see their newly loved artists live. Josh wasn’t upset that the albums were being listened to for free rather than being sold. He was just glad to see people at the shows. Bigger businesses saw Napster as a threat, but Josh saw it as an opportunity for exposure, which would lead to a different business model down the road.

Josh sees streaming as an extra revenue source. He asserts that no artist is going to have a career with streaming alone. He knows that YouTube is an unstoppable force. Jay-Z can put out a new title with exclusive songs, and the minute it’s out, they’re all available on YouTube. Josh puts all of his clients’ music on YouTube. Every one of his artists has a YouTube channel stocked with videos. He knows that the casual fan wants this content on YouTube. And he knows that if they like a song, they may go to a show when it comes to town; they may buy the album or a t-shirt at the show.

It’s All About Cash Flow

Production costs were a concern for Josh as he bootstrapped his way through the first decade of producing music. It wasn’t until his first distribution deal in the late 90s that the money started flowing faster. He had proved to distributors that he could be trusted to continue the flow of marketable albums.

Once he earned that trust, he began getting advances from distributors. Those advances allowed Josh to press more albums while waiting to get paid on the batch he just sent out. He also worked with pressing plants on getting credit. Once he went through the credit, he’d find another plant to do the same thing. He wasn’t burning anyone — just negotiating as he went. He did all of this work while in law school.

One year after law school, he landed a deal with Sony. That was what Josh describes as “real money.” It was at this point that Josh realized that he could be doing this work full-time.

How to Grow Rapidly

There was a question from the audience about how to take a bootstrapped, beard-grooming accessory company from $2 million in revenue to $8-9 million. How do you make sure you are going to bring in the cash without giving up the vision and control? Does it make sense to take on debt or give up equity?

Josh says that you have to take on debt and you have to take risks. The trick is to get good deals. With Josh’s first big deal with Sony, he received great funding, and they took 20% interest in the company. But they were silent. The deals you make will depend on many factors:

To Josh, creative control is number one. He won’t take money from a funder that will put demands on his creative decision-making. The bottom line is that debt is cheaper than equity — a lot easier if you can secure the debt. You have to prove yourself as Josh did. Show a bank or an investor the success you’ve had without any additional money.

How Valuable Is Your Time?

Another question came in from a freelance journalist, “How to know when it’s time to hire contractors?”

Josh says to ask yourself, “How valuable is your time?” How many hours do you want to work in a week?” When he was in his 20s, Josh worked 20 hours a day. Twenty years later, he doesn’t want to work that much.

Being a self-proclaimed “total control freak,” Josh doesn’t like hiring out, but he has no choice. He continues to do his own legal and design work, but he has hired people to handle sales, marketing, and the web. Josh advises to get rid of what you don’t know, and when you’re working on something, periodically ask yourself, “Should I be doing something else that’s more valuable?”

Click here to listen to the entire conversation with Josh Grabelle and listen to samples from a selection of his label’s artists.

Preparing for the Unforeseen: Points of Consideration for Entrepreneurs

The Prophets of Profit: Uncovering Your Emotional Intelligence With Alexander Hamilton Dunlop