The Prophets of Profit: Adding Support Before Your Team Gets Burned Out with Tom Clancy 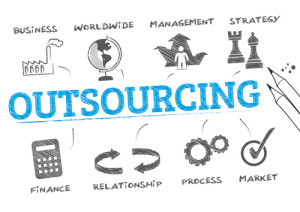 Tom Clancy Jr. is the Co-Founder and President of Valiant Technology, a managed service provider for the creative industry in New York. Valiant Technology services advertising firms, fashion companies, TV production firms, and architects. Starting out with just Tom and his two partners, today Valiant employs over a dozen engineers and supports over 50 businesses in the New York metro area.

To listen to our entire conversation with Tom Clancy, click here.

The Creep Who Hangs Out With the Musicians

Tom starts off with a joke to explain how he ended up working strictly for the creative industry. What do you call the creep who hangs out with musicians? The drummer. He says he’s a drummer because he wasn’t good enough to be a singer. Tom goes on to explain the connection to his career.

He attended the High School of Art and Design in New York City, studying to be a commercial animator and illustrator. He realized during his junior year that he was nowhere near good enough to do this job professionally. He recognized, though, that he was very good at servicing the new Macs at the school and helping teachers with printer jams. He was good at troubleshooting. He was a good supporter.

Tom used his natural abilities to stay within the industry he has a passion for. He loves being part of the creative world. He loves the tangential connection to beautiful and interesting things.

Tom founded his business right after the dot com implosion. It wasn’t due to bravery, but rather survival and smarts. At the time, he was working as a Service Director of a NY-based Mac-only agency, which was badly impacted by 9/11. The receivables dried up and his paychecks eventually started bouncing. Tom figured since he was essentially working for free, he might as well try to establish his own business. So he and two other engineers left together to start Valiant Technology. Today, they’re still going strong and have never missed a paycheck.

Don’t Get Distracted from Growing Your Business

Tom tripped a few times on his journey through entrepreneurship. One of the things that stands out to him is that he didn’t listen to his own sales pitch when it came to improving the business. Like many entrepreneurs, Tom got stuck doing things for the business that he should have outsourced. If you’re not that good at IT, hire someone who is. Tom and his team weren’t that good at bookkeeping, yet he did it himself for years. There was never a mistake made, but it took away precious time. He could have had someone come in once a week to do the same work faster and more efficiently.

Another key lesson Tom learned along the way was the timing of new hires. He needed to make sure he hired a new engineer BEFORE his existing engineers became burnt out. And he couldn’t overpay the engineer, regardless of talent level. He needed to err on the side of conservatism. He and his partners weren’t entrepreneurial risk takers. They were a self-funded business without a lot of reserves or credit. It was necessary to have enough cash flow coming in to support the hiring of an additional person.

Tao of Valiant (the Valiant Way) Standing Out

Tom says that Valiant Technology stands out in the crowd of IT companies because they are industry specific rather than technology specific. Other IT companies sell themselves with their command of some specific aspect of the IT world — Mac, Linux, Windows. Tom insists that this pigeonholes you. Tom and his company are experts at what the advertising industry needs — from a technological standpoint — in order to run effectively and efficiently.

Valiant Technology offers 3 roles to their clients: (1) They’re a help desk, assisting with any technological issues that arise (2) They’re a CTO and will ensure industry standards are met and (3) They’re a CIO, ensuring that their clients will stand out, be different, and are elevated. They talk with their clients about the year ahead. They take those goals and align the technology to make sure they are achieved.

Tom explained the Tao of Valiant is the process of how they compile and prioritize the needs of their clients. When first meeting with a client, Tom performs an audit. He goes through a comprehensive checklist and identifies the client’s weak points. They prioritize action steps based on industry experience and expertise. Some exposures require a complex solution; some are simple fixes when handled right away. Their clients must scale as they grow, and their internal systems need to evolve with them. Tom loves being part of that process.

The Rise of the Smartphone

Tom cites the biggest change in technology as the rise of the smartphone. We have all become accustomed to what these small devices are capable of and what they can do for us. There are no more bar arguments about who won the Super Bowl in 1963. We all have the answer in our pockets. The smartphone has accelerated our acquisition of knowledge and our dissemination of it. Some companies have their onboarding employees BYOD (Bring Your Own Device). That’s a huge savings for companies, but also presents some challenges for a company’s data security.

We had a question from an audience member about outsourcing. His friends and colleagues have told him that outsourcing provides horrible quality and productivity, and is the number one way to run out of money and be forced to close down your startup company.

Off the bat, Tom asserts that outsourcing is the best way to protect your company’s money. The relationship between the worker and the company is completely controlled by you. If you’re not happy with the quality of work being produced, you can easily and legally swap out your worker. You can negotiate more freely with a freelance worker than you can with an employee. Outsourcing opens yourself up to a greater realm of specialization and expertise. They’re hired to do a very specific job for the company. Tom explained that buying a coffee machine for his office is a form of outsourcing. Before the machine was there, one of his employees would go for coffee runs. He’d take the company’s time to stroll to and from the coffee shop. Really, he was making money for the coffee shop during that time more than for Valiant. So Tom invested in a high quality coffee machine for his employees to use. Win win.

Don’t Hire Someone You Can Never Fire

We had a second question from another audience member about hiring employees as his company grows. He’s been the one-man show of his web development company for a while now, and he’s ready to hire help. He’s wondering if he should pick employees from his developer friends.

Tom talks about examining the level of friendship. If they’re truly close friends, hiring them is risky. Tom follows a policy: Don’t hire someone you can never fire. Can the relationship survive? Are they competent? One of Tom’s best friends runs operations for his office. Before coming on board, there was a clear understanding laid down — if the economy took a fall, his friend’s job could be eliminated. The expectations were set up front so there will be no hard feelings if it were to come to that.

Another thing to consider, Tom points out, is if the friends are complementary to the business owner. Tom’s partners disagree with him. They’re opinionated. They challenge Tom, which is exactly what Tom wants and needs. A business owner is not going to be helped by a yes man. You want someone to respectfully challenge you.

To listen to our entire conversation with Tom Clancy, click here.

Stay updated with Tom Clancy and The Valiant Way…

POP015: Building a business through content marketing and networking with Mike Fishbein

POP021: Adding Staff Before Your Team Gets Burned Out with Tom Clancy