POP030: How To Succeed On Broadway With Vivek Tiwary 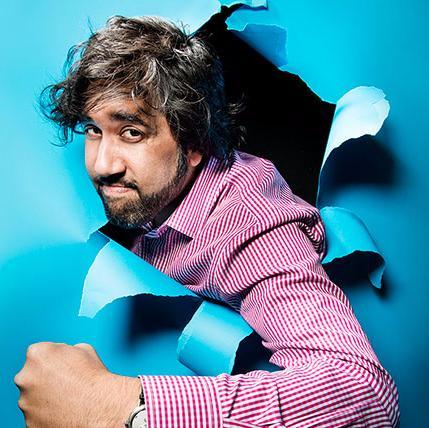 Vivek Tiwary is the award-winning writer of The Fifth Beatle: The Brian Epstein Story. It may have had humble beginnings as a personal project by a “nerdy kid at Wharton,” but it soon became a New York Times bestseller and global phenomenon. But Vivek’s impressive career in the arts doesn’t stop there – he is also a Tony Award winning Broadway producer, screenwriter, and founder of Tiwary Entertainment Group. Today he discusses his profound connection to Brian Epstein, what led him to a fascinating career in the arts, and how to succeed on Broadway.

Vivek J. Tiwary is a #1 New York Times bestselling author and Tony Award-winning Broadway producer. His graphic novel The Fifth Beatle won numerous literary awards including the Will Eisner Comic Industry Award and two Harvey Awards. The Fifth Beatle is a Lambda Literary Finalist for Best LGBT Graphic Novel, and has been added to the Rock and Roll Hall of Fame Library and Archives. Vivek is now writing the screenplay and co-producing a feature film adaption of The Fifth Beatle, which has secured the rights to Beatles music.

On Broadway, Vivek’s productions have won a combined 25 Tony Awards and over 44 Tony nominations, including such groundbreaking works as Green Day’s American Idiot, A Raisin In The Sun, and Mel Brooks’ The Producers. Vivek is currently working with Alanis Morissette to adapt her album Jagged Little Pill for Broadway. He lives in New York with his inspiring wife, their delightful children, and a feisty papillon.

The best places to find Vivek:

Having Your Bagel and Eating It Too

The Prophets of Profit: Making A Global Impact With Shimmy Mehta

The Power of Thank You

Does Non-Profit Mean No Profit?