POP008: When Acquiring a New Company with Jack Kliger 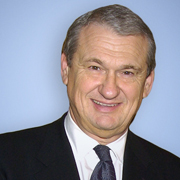 In an extraordinary career spanning over thirty-five years, Jack Kliger has managed and reshaped some of the world’s most influential and iconic magazines, including Glamour, GQ, Elle, Parade, Car and Driver, Woman’s Day, TV Guide, and many others.

An immigrant to the United States, Kliger was working as a fifth-grade teacher in 1975 when he got his big break in publishing: an entry-level ad-sales job at The Village Voice. He was soon promoted to Classified Ad Director—“Managing ten- year-olds was actually good training for dealing with clients,” he jokes—and was named the award winning weekly paper’s Advertising Director within three years.

After being hired as GQ’s Ad Sales Manager in 1981, Kliger was promoted to Publisher in 1985. The magazine set a still- standing record in 1987 for the largest number (2,000+) of advertising pages sold by a men’s title. He went on to become Publisher of Glamour, the largest of the Condé Nast titles, increasing revenue and profits over the next three years by 30 percent. He then took on the role of Executive Vice President of Condé Nast Publications. As Executive VP, Kliger redesigned the corporate ad-rate structure and launched CondéNet, the company’s online publishing division. Combining the assets and content of Gourmet and Bon Appetit, he launched Epicurious.com, and those of Vogue and Glamour for Style.com. In 1997, he was named Executive Vice President of Parade, the parent company’s largest revenue-producing publication.

Kliger became the President and CEO of Hachette Filipacchi Media U.S. in 1999, as well as chairman of the industry’s trade association, the Magazine Publishers of America, in 2006. Building new online portals—such as Elle.com, CarAndDriver.com, WomansDay.com, and more—and acquiring the digital-marketing network Jumpstart Automotive Media, Kliger aggressively moved Hachette into the online world. By 2008, digital media represented 15 percent of the company’s revenue. (“It was, and is, about creating strong brands and building audiences through digital and print, not digital or print,” he says.) Kliger also developed an integrated database of 8 million subscribers, renegotiated major printing contracts, outsourced newsstand merchandising operations, and streamlined Hachette’s workforce by almost 40 percent, all while profits rose.

In 2009, Kliger was brought on as Senior Adviser at TV Guide Magazine. Under his guidance, operations were reorganized, alliances were formed with the separately owned entities TVGuide.com and TV Guide Network, and the magazine’s editorial focus was shifted. As a result, this legendary media property, which showed a yearly loss of over $15 million in 2008, posted an operating profit of $4 million by 2010, and has continued to produce earnings at that level for the past four years.

Jack Kliger is a past board member of World Color Press, Inc., the second largest printing company in North America. He is on the board of trustees of the Museum of Jewish Heritage and the board of directors of the American Symphony Orchestra. He believes in the longevity of print media, the unlimited reach of online media, and the importance of beneficial partnerships between them. He, his wife, and their bulldog live in New York City.

The Prophets of Profit: How to Approach Sales with Rob Fishman

Why You’re Looking At Your Financials All Wrong

Maybe Millennials Are Not That Bad After All