The Prophets of Profit: Coaching Creative Minds with Jeffrey Shaw 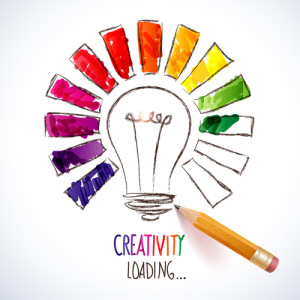 We discussed the inner workings of a creative mind, how to embrace your natural strengths, and the personal inspiration behind his podcast, Creative Warriors.

Click here to listen to our entire conversation with Jeffrey Shaw.

Years before Jeffrey created his podcast, a team member suggested to him that he explore how podcasting could help his business. Jeffrey immediately blew off the idea. It took him two years to realize how current and sensible podcasts are. We live in a mobile world, and podcasts are mobile. He also began to think how his career as a photographer and coach would be enhanced by interviewing and speaking with others about their careers and how creativity influenced their success.

He had worked so hard chasing success and saw himself as a sort of permanent guest to his clients. He photographed people on location. He spoke to groups of people on location. He thought, “What if people (and success) came to me? What would life look like if I was the host?” The name, Creative Warriors, comes from the people he serves — creatives. You need to be a warrior to survive as a creative professional.

Jeffrey explains how creatives are a unique group of people to coach. When you decide to take what is meaningful to you — your talent, skill, message in life — and monetize it, your entire being can become knotted. Some of the creatives he has worked with had very practical jobs before starting their own creative businesses. They’re now living their dream, and they’re in shock because they do not understand why it’s so hard. Jeffrey asserts that the closer you get to doing what you are meant to do in the world, the harder it is. It’s like there’s a Soul’s Gatekeeper who is going to make you work in order to figure out your life’s purpose.

One of the most common struggles Jeffrey sees creatives encounter is trying to conduct their business in a way that is not in line with who they are. Their whole life experience is based upon the fact that they’re different, and they’ve never been taught to embrace their natural skills. We’re always told to focus. But, Jeffrey encourages his clients to embrace their lack of focus. Let your mind run wild. Get the creativity out. Bring on the brainstorming.

Jeffrey recognizes that he has that same lack of focus his clients do, yet he’s more productive than the average person is in a day. How can that be? Jeffrey explains that his brain, along with his clients’, does not function linearly — it zig zags throughout the day. He’s always moving towards the same target, though. This is Focused Direction, which is very different than being focused. It’s keeping an eye on the goal and continuing movement towards that goal — not worrying about the turns and pauses you make on your way.

Jeffrey keeps his clients on track by igniting what they most believe in and then giving them proof as to why it’s true. He wants them to know their “why.” Why are they willing to put themselves out into the world as a Creative Warrior? Of all his clients, there is not one easy business plan. Being a creative professional is grueling work, so go ahead and zig and zag — chase the squirrels, but keep moving forward and you’ll succeed.

A question from a listener came in about how to grow his staff and who to hire. His first hire was a duplicate of himself, which he now sees as a mistake. What should you look for when making a hire?

Jeffrey warns to keep in mind that you want to hire people who will be good for the business, not necessarily good for you. Hire capable people who are in line with your ideals and world view. Jeffrey shared a hiring mistake from early on in his career. His choice was not a good fit. He asserts that work culture is paramount. He has rarely had to let people go but when he has, it hasn’t been because of lack of skills — it’s usually because of a culture misfit.

There was another question from a blogger and freelance social media manager who has noticed that traffic to his blog has recently flatlined and subscriptions haven’t increased substantially either. He wants to know if there’s something he can do to boost his traffic and bring in more clients.

Jeffrey advises to get excited about what’s going on. Pay attention to what’s changing in the world. Jeffrey has some technical questions to ask about the website. Is the platform mobile friendly? Over 60% of the people exploring the Internet are doing so on mobile devices. It’s also important to note that people generally prefer to scroll than to change pages. Page load time is something to take into consideration too and actually affects where you land in Google results.

Scott suggests you revisit your blog topics to make sure they have not gone stale or outdated. Get a colleague or friend to read and critique your blog posts. Ask your readers — give them a survey to learn what they want to see.

Today’s readers have a lot to process so make sure your content is presented in short bursts. Add large separators and bold headlines — you need your website to look attractive to the average person who doesn’t want to read a lot at once. Even if your writing is content rich like Jeffrey’s, you can break it up with headlines to make it more digestible and less intimidating on first glance.

Creating a Pattern for Resiliency

Jeffrey is inherently positive, and his clients perceive that. He enjoys working with his creative clients and teaching them to build their skill of resiliency — how to get back up when they’re thrown down (inevitable as an entrepreneur). When things go wrong, go ahead and play the victim for 15 minutes. Complain and kick things. But then you have to move on.

Become neutral. In business, Jeffrey maintains a non-judgemental perspective, and he encourages his clients to be the same. You have to take a step back and look at the larger picture when things go in a direction you weren’t planning for. Jeffrey uses the music industry as an example. Over the past twenty years, there has been a tremendous shift in how people listen to music. Music companies were upset at first. They sued Napster and won. But they couldn’t stop the way it was changing. Music was inevitably going to be downloadable and streamable. The music companies had to become neutral and work with the change.

To listen to our entire conversation with Jeffrey Shaw, click here.

On his community space online, creativewarriorsunite.com, where creatives can chat and support each other.

The Prophets of Profit: The Difference Between a Networker and a Connector

A Look Back, with Gratitude

POP018: How to Communicate with your Team and Your Clients Effectively with Debra Roberts