Don’t Believe the Negative Hype — We Need a PPP Sequel! 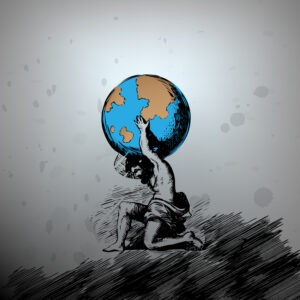 In recent days, the Paycheck Protection Program (PPP) has received what we feel is unfair criticism of its current implementation as well as its potential plans for a third round of funding. This criticism comes on the heels of a federal ruling that has recently compelled the Small Business Administration (SBA) to release information about the names of companies and the amount of money they received under the PPP.

According to statistics released by the SBA, 85% of the applicants who received money applied for amounts of $250,000 or fewer. To the optimists, this would indicate that the program is very successful in reaching its target market of the small business community. However, PPP naysayers are emphasizing the fact that there were approximately 600 companies that received the program’s maximum loan amount of 10 million dollars. So although many people will see this as an abuse of the PPP (that companies were large enough to receive the maximum amount), we feel that there is too much focus on the placement of approximately 1% of the 525 billion dollars spent under the PPP.

Beside the fact that jobs were saved at these larger companies and that these companies were entitled to receive these funds, there is no denying that hundreds of thousands of jobs would have disappeared without this funding available. Proof of this can be found in the number of unemployment claims during 2020: after hitting a high of 14.7% at the start of the pandemic, the unemployment rate dropped to 6.7% in November.

Business owners needed this lifeline in order to (a) keep the businesses that they worked so hard to build and (b) continue to employ the workers who were so critical to their historical successes. While progress towards a potential vaccine and other stop-the-spread measures has increased, it is impossible to quantify, even now, how much the SMB community will be impacted by this pandemic in the months and years to come. As a result, it is  imperative that the federal and state governments continue to support all entrepreneurs and business owners as the impact of the pandemic continues to alter the lives of people in the United States.

Recently, there was a study done by the Congressional Budget Office (CBO) about how effective the PPP spending was on the US economy. According to the CBO, for every dollar spent under PPP there was a positive gross domestic product (GDP) of 36 cents.  Although quantifying the impact on the GDP can be debated, there are many benefits to providing funding to small businesses that cannot be quantified in the GDP. The SMB community is the number one job creator in the country and its success or failure is a harbinger of how the economy is faring overall. If we allow too many companies to fail and close their doors, potential jobs will greatly diminish and the only employers will be either large companies (Walmart, Google, etc.) or the government.

We are strongly advocating that the government issue a third phase of the PPP that will enable the SMB community to survive during what many are anticipating to be a difficult three-six month period. Certain industries, such as hospitality and tourism, will need significant intervention to avoid catastrophic job losses and bankruptcies. For all business owners, additional PPP funding should be provided IF there is a specific revenue or profitability decline, e.g. 25% from the prior year. The purpose of clearly defining an economic loss is so that there would be clear evidence that the business owner has been negatively impacted by the current pandemic and that it would have continued to perform as it had previously absent the restrictions imposed by the government.

There should be no debate that the backbone of America’s social and economic success is dependent on the sweat and tears of our entrepreneurs and small business owners. The efficacy of the PPP would not be under debate if our politicians and lawmakers spent as much time with the SMB community as AcceleratingCFO has. We saw firsthand how those funds kept the cash flow flowing and jobs filled for many companies throughout the country. Congress needs to move quickly and enact a PPP-like legislation to boost the confidence of business owners and help and enable Americans to feel that this pandemic too shall pass.

The Importance of In-House Relationship Building

The Truth About Outsourcing

Why You Need Good Design

CFOs Should Be Smart, Good Leaders… and Psychic?