The Prophets of Profit: Turning your Passion into a Business with Michael Prichinello & Zac Moseley 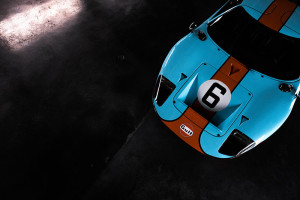 This interview takes the award for Coolest Location. We sat down with Classic Car Club (CCC) Manhattan co-founders, Zac Moseley and Mike Prichinello, in a 1963 AIRSTREAM at the Classic Car Club in Manhattan! Zac and Mike told us the story of how they turned their passion into a profitable career.

Zac Moseley is a classically-trained lighting designer and an operations wizard. Mike Prichinello has been a seasoned marketing communications gun-for-hire, having helped shape a number of brands, including Barnes & Noble, Meridian Audio, David Yurman, Amazon and others. He is now CCC’s creative director.

As part of their job (!!!), Zac and Mike race cars for Team Triple C racing and co-host “After /drive” on /Drive TV. They have influenced countless automobile purchases and helped introduce brands to new, prospective buyers. Most importantly, they have curated life-changing experiences for the members of the club.

How did Zac and Mike get into this line of work? Below are highlights from our conversation that tell their story and share their perspective on how they became successful doing what they love. To listen to the entire interview, click here.

What is the CCC?

Classic Car Club Manhattan is a private members club with a mission to give their members driving experiences they couldn’t make on their own. They have a fleet of around 40 dream cars, which currently include 1964 Lincoln Continental, 2015 Ferrari 458 Spider, and 1969 Ford Bronco. Check out their whole fleet here. CCC is a community with events throughout the year, ranging from high-end dinners with Daniel Boulud to PBR Mechanics Night, where you’ll learn how to change an old transmission out of your truck.

How Do You Make a Career Out of Your Passion?

There is no formula. You have to jump into an opportunity as it arises. If you feel it in your gut, go for it. Weigh the pros and cons and then throw the cons out. If you listened to the cons, you’ll end up in a cubicle like everyone else. Don’t be daunted by the cons. You have to take the risk.

Zac met Phil Kavanagh (original CCC owner in London) in 2004. Mike was just hired to do PR about bringing CCC to the U.S. They were looking to bring on franchisees. Both Mike and Zac couldn’t pass up the opportunity to become the franchisees themselves. Without a playbook, they threw the dice. Zac didn’t have a paycheck for 6 months. They missed their first deadline, but stuck with it. Their doors opened one year later. Since then, they’ve stayed true to the roots of their passion. After all these years, it still feels authentic—to Zac, Mike, and their members. Everyone enjoys themselves and are passionate about it.

CCC has 450 quixotic, interesting and particular members driving around 40 equally quixotic, interesting, and particular cars. On paper, it’s a recipe for disaster. The best Zac and Mike can do from a sales perspective is to make sure everything works as perfectly as possible—do everything possible to make sure the members’ experiences are more than what is expected. Customer service is everything you stand for. If it’s done right, the members will tell everyone around the water cooler on Monday about how they drove a Ferrari around Bear Mountain over the weekend or went racing in Germany.

We had a question from a successful business owner about how to use an existing business as a vehicle to make other dreams come true while also being profitable. Zac and Mike both agreed that you should think about using your passions as a marketing conduit. Put yourself into the marketing of your company. Live an interesting life. Inspire people based on what you do. Involve your employees. People are investing in you along with your service. Being an interesting person is good for sales.

If your passion involves serving others, make sure that your market is big enough and that you are going to take care of your customers in a way that hasn’t been done before. Think about your customer and the product. How well do you know them?

Get Off the Rat Wheel and Do It

We had another question from a part-time business owner/full-time 9-5er, whose side business brings in 30-40% of his entire salary. However, he can’t quit his full-time job because he has a family, and the insurance is good.

First, Zac and Mike firmly assert that a part-time commitment will never fully take off. Investors will not even consider putting their money into a side business. Eventually, you’ll need to just do it. You don’t want to look back in 10 years wishing you went for it. Regret weighs heavy and is the source of many a mid-life crisis. If you have familial responsibilities, you’ll have to figure out the bridge on how to make the transition happen logistically. Call AcceleratingCFO and figure it out. But get off that rat wheel and do it!

On the issue of whether or not take on a partner(s), think of him/her as another spouse. When the bombs fall (and they will fall as they do with every business), who do you want in the fox hole with you? Will your partner cover for you? Will they buckle? Will they do the same exact thing you’re doing? Ideally, your business partner will have a complementary and different skill set than you. But more importantly, you need to share the same core values. You need to be able to problem solve together. You need to resolve disagreements cordially. You need to share the same amount of commitment. No one better be in it half-assed.

Listen to the entire interview here.

Learn more about the Classic Car Club Manhattan and how to become a member here and you can visit them at their new location at Pier 76 (408 12th Avenue, NYC).

POP020: The Concept of Olympism with Mary Andrews