The Prophets of Profit: Interviewing a Group Of Illustrious Mentors With Gillian Zoe Segal 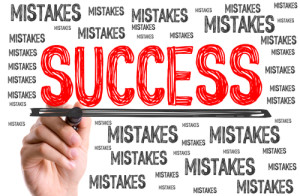 Scott and Brian were glad to speak with author, photographer, and lawyer, Gillian Zoe Segal. Gillian grew up without a mentor and often wondered how luminaries in various industries made it to the top of their fields. Inspired by this curiosity, she conducted a series of interviews with thirty renowned leaders, including Warren Buffett, Michael Bloomberg, Jim Koch, Jillian Michaels, and Kathy Ireland. The result was her book Getting There: A Book of Mentors. In her interview with Scott and Brian, Gillian discusses why the subjects serve as personal mentors for the reader as well as her own successful journey from attorney to acclaimed photographer and author.

In interviewing successful leaders for her book, Getting There: A Book of Mentors, Gillian’s subjects spoke often about the failures they had to overcome. Super model turned successful entrepreneur, Kathy Ireland, shared her story of trying to launch her brand. She tried and failed for years, starting with a beer company, moving onto a skin care line, then arts and crafts. Years later, Kathy Ireland Worldwide was formed when Kathy was asked to model socks. She agreed with one caveat — that she become a partner. That was the beginning of what is now a $2 billion dollar company that offers 15,000 products.

Gillian shared many of her subject’s paths that began with failures — and resulted in successes. Anderson Cooper couldn’t land an entry level job at any network when he graduated from school. He launched his career by traveling to war-torn countries, filming on his own, and then selling his films to small, local TV stations. Warren Buffett didn’t get into Harvard Business school and was petrified of public speaking until he was 20 at which point he signed up for a Dale Carnegie public speaking course. Today he speaks for hours in front of 40,000 people at his annual shareholders’ meetings.

Remember What You Love

Gillian’s friend refers to her as a “slash.” She’s a “lawyer slash author slash photographer.” Gillian hasn’t followed a typical career track. Gillian explains that she went to law school because she was urged to by those closest to her. She recalls reading a graduation speech by Cathy Guisewite, creator of the famous Cathy cartoons, that reminded people that if you remember what you love and who you are then you can do anything. Gillian remembered loving a photography course she took in college and decided to pursue it. That led her to her first book, New York Characters. Gillian advises that when you’re on your career path, you don’t need to know where you’re going to end up. Just start and keep your eyes open for new possibilities.

There was a question from a listener looking for effective ways to grow an audience for an online blogging business. Should he network? Try to give talks? Hire someone to take care of social media marketing?

Right off the bat Gillian urges the listener to do all of the above. When you’re building an audience, you need to get your message out there as best you can. The good thing about today’s day and age is that we have social media, so it doesn’t take as much effort as it used to. You can blast an announcement on several social media platforms in a matter of minutes. When starting out, Gillian advises to go broad and post on many platforms. You’ll soon see which platforms you’re getting traction on and which aren’t as active. With that information, you can focus your energy accordingly.

Scott adds that it’s wise to make sure the content you’re sharing is authentic — that is what makes you stand out. Scott notices this with his clients. This point makes itself clear by the fact that Gillian didn’t have any followers before her book. Her book gave Gillian her audience.

Brian commented about outsourcing social media professionals with a common talkingpoint he and many entrepreneurs often make. If at anytime you find yourself in your business spending time on something you’re not great at, you’ve derailed. Hire who you need to hire in order to reserve your time to work on what you do best. It’s best for your business and your customer. You don’t want to sidetrack yourself or your business.

There was another question from a listener that tied into the first question. What’s the best way to market your product or platform with a restricted budget outside of email lists or Facebook ads?

Scott and Brian remind the listener that you don’t have to spend a lot of money on Twitter or Facebook for ads but there are many free avenues as well. Gillian recommends writing articles for free on platforms such as LinkedIn and Huffington Post, and then pushing your product at the end.

The Role of Business Intelligence in the World of Finance

Why You Should “Test” Your Potential Hires

Social Media for Business: What You Need to Know

Debt’s Grip: Can Your Company Afford It?