The Prophets of Profit: Acquiring a New Company with Jack Kliger 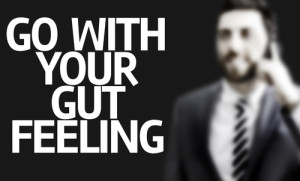 In an extraordinary career spanning over four decades, Jack Kliger has managed and reshaped some of the world’s most influential and iconic magazines, including Glamour, GQ, Elle, Parade, Car and Driver, Woman’s Day, TV Guide, and many others.

Jack was working as a fifth-grade teacher in 1975 when he got his big break in publishing — an entry-level ad-sales job at The Village Voice. Jack worked his way up at The Village Voice and then at a series of other publications in the media world. He believes in the longevity of print media, the unlimited reach of online media, and the importance of beneficial partnerships between them.

After 40-plus years working in the media and publishing business, Jack now selects niche properties and assets to acquire, improve operations, and increase profitability.

Click here to listen to our entire conversation with Jack Kliger.

We jumped right into the heart of the show to give our listeners the opportunity to learn from Jack’s immense wisdom and breadth of experience.

Our first question came from the owner of a Canadian media company in British Columbia that produces travel-focused print magazines. The company recently acquired British Columbia Magazine. The owner asked: “What is common practice for working through the differences in cultures of companies that just merged together?”

Know your business. Know your customer.

Jack asks first, what business are you really in? What did you just acquire? Is it a magazine intended for residents of British Columbia or is it intended for outsiders interested in British Columbia? Next, look at the user base synergy of what you already have. Does the existing consumer base crossover to the newly acquired assets? Find the commonality of the people who use the products.

…This is Jack’s guiding policy. It’s what you explain internally and externally, and it all must be the same. There needs to be a uniformity to what you’re telling everyone.

Employees of a company being merged are concerned about themselves and their future, or lack thereof, in the company. Take the business model and see what their role is in it. Get those people who are concerned mostly for themselves to understand how “what’s in it for me” will relate to the strategy and goal of the company.

Jack offers important advice regarding merging companies: Keep everyone aware of the plan. There shouldn’t be any surprises. Everyone at a company that is being merged wonders if they’re in the future or the past.

When he worked at Esquire, he was told that one of the most important things they do is that they never lie — to their own people or to their client base. They asked Jack if he knew why. Jack had logical guesses like “lying is misleading” and “not a good practice,” but those answers were wrong. The answer? “It’s too much to remember.”

What is the end game?

Where are your mergers and acquisitions leading you? Will you eventually sell? Will you continue acquiring more? How does the answer affect the employees? You need to know what your end game is. Your employees need to know what the strategy is and how they fit into it, if at all.

Make sure everyone is selling the same thing

When Jack started at Glamour as Publisher, they faced new competition (Elle) and existing competition (Cosmo). He discovered that his sales team was using one set of descriptors when competing with Elle and another set when competing with Cosmo. He had the ten sales people on his team pitch him Glamour, and he was pitched 10 different magazines. He fixed that by coming up with a unified position and strategy, tested it with readers and advertisers, and got the entire sales team on the same page with the same message. If you have a travel magazine in British Columbia, you need a clearly enunciated position of consumer and client benefit and then make sure your team understands it.

Go with your gut. Use your brain. Then go back to your gut.

Before acquiring a media-based asset, make sure your readers are committed to the product through longevity of use. Are they paying subscribers? Consumer economics are big time loss leaders that will catch up with you fast. Make sure you’re investing in your circulation and customer retention. Understand how short-term circulation impacts the lifetime customer value of your subscribers. Identify the operating redundancies, but don’t get rid of them all right away.

Don’t be too quick to make a big change. Jack asserts that you don’t understand a new business for three to six months. Give yourself enough time to understand things. When Jack would acquire a new company, during the first week, he interviewed everyone on staff in a private room just for his education. He made notes and put them away. He carried on with business and then months later looked back at those notes: Go with your gut. Use your brain. Then go back to your gut.

How much skin are you willing to put in?

Our second question came from the owner of a video and television production company in New York City. He’s working on two exciting shows and is looking for opportunities to pitch pilots to investors. Is there an effective way to find investors, specifically the right type of investors?

You need a clear picture of your funding needs. Often a business plan and model are put together without a three to five year scope of what they’re trying to do. Many investors will not invest any money unless there’s an aggregate net return in five years.

When pitching, you must be prepared to quote what you need and how much skin you have in the game. If you’re not prepared for these questions, it changes the parameters a lot. When it’s your time, don’t be meek. You get just one shot. Don’t be afraid to be aggressive. Put a big number out there — just maintain some wiggle room. Keep in mind that investors need to put in as much work for a $100 million investment as a $5 million investment. Remember to have that clear picture of your viable exit strategy once you’ve achieved the target. And make sure your business model has a plan that is adaptable. Investors want to see the ability to predict and process change.

When Jack is considering investing in a new business, he looks at client interaction and client base. He wants renewable revenue. Is there a solid core of subscribers who have renewed for a number of years? When he acquired British Heritage, 50% of the subscribers were existing customers for more than five years. This fact gave him comfort that there will be cash flow on an ongoing basis.

Click here to listen to our entire conversation with Jack Kilger.
Learn more from and about Jack Kliger and his storied and rich career on Kliger Enterprises’ website here.

How To Stay Smart In Your Downtime

The Prophets of Profit: Becoming a Social Media Master With Stephen Monaco